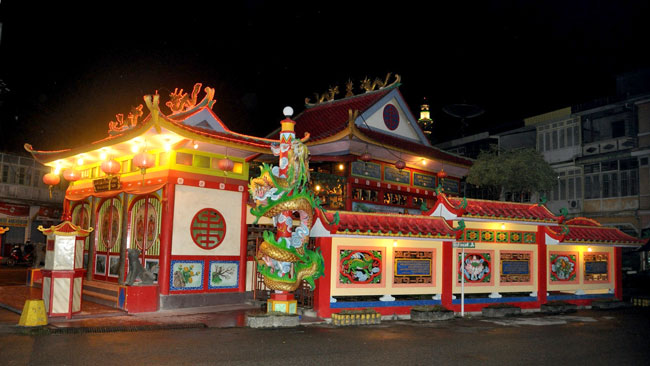 Located in West Kalimantan Province, Singkawang City becomes an ideal vacation destination to enjoy a natural exploration, culture learning, and culinary adventure. According to most tourists, they come to the region to feel the nuance of the China Town and visit all available natural attractions. Not to mention many festivals are often held there! Well, regardless of the purpose, everyone should come to Singkawang one day. The good thing is the local government keeps working hard to improve both services and facilities, especially in terms of tourism. The purpose is to bring more tourists to visit the city.

The Nuance
Once arriving at Singkawang City, tourists may see the significant Chinese culture right away. Despite the fact, the region consists of people with different religions. All of them live harmoniously, in fact. In terms of size, the city has the total area of 504 km per square! In the north part, it is bordering with Sambas Regency. In the south and east part, there is Bengkayang Regency. In the west, it is bordering with the Pacific Ocean. For the information, the majority of people living in Singkawang belong to Hakka Tribe (which is part of Chinese).

Exploring Singkawang City
The first thing that tourists can do in Singkawang City is indeed to learn the history. In the past, the region was part of Sambas Kingdom and it became a transit area for gold miners and traders who were going to head to Monterado. Most of them came from China, actually. At the time, these people called the city “San Keuw Jong”. Recognizing the region’s potential, they decided to live there and became either a trader or farmer. No wonder, the city has a significant influence on the Chinese culture!

For those visiting Singkawang City, they should not forget to watch the signature event called Cap Go Meh. It is done during the Chinese’s New Year, so tourists should come only at the time. During the event, they can even join a festival called Tiga Gunung! It becomes the best opportunity to collect interesting photos and get closer to the locals. Also, in the evening, villagers may lit beautiful lampions and make the nuance merrier with those.

What is more? Singkawang City is also known for its culture. There are 3 major tribes living in the region, which are Melayu, Tionghoa, and Dayak. Despite the difference, they live happily and harmoniously. Not to mention they are friendly to outsiders! For those who love nature, the region also offers various types of natural attractions for them to explore!

How to Get There
The distance between the capital of West Kalimantan Province (Pontianak City) and Singkawang City is 151 km. That means tourists need to take approximately 3 hours and 4 minutes to get there. Have no worries. The trip can be faster if tourists take Ahmad Yani Street and use the best transportation service to get there.